Enter your City name or Pincode

Namsai is a small town located in the state of Arunachal Pradesh. Recently, in the year 2014, it was declared a district and hence became the 18th district of Arunachal Pradesh as declared by the Arunachal Chief Minister ‘Nambam Tuki’. It is situated in the easternmost part of India. The town of Namsai is referred to as the ‘Land of Golden Pagoda’. It is located near the Dihing river and is full of rich vegetation. The town is located at a distance of about 495 kms from the state capital Itanagar. 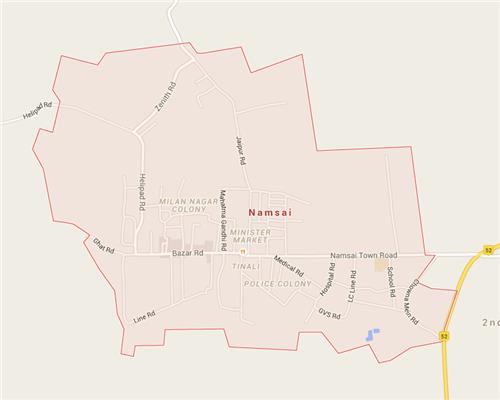 In addition to these, there is also a mat making unit in Namsai and a plywood unit to provide employment to the locals here.  The town of Namsai has been fast developing into a commercial township over the years.

Known as the ‘Land of Golden Pagoda’, Namsai is famous for the presence of many Buddhist temples. There are many Buddha Vihar located locally in the Namsai area and they are called chongs. These chongs have beautiful architectural expertise involved for all of these are made in Thai architectural style. All of the Chongs in Namsai has the stature of Gautam Buddha and it is in front of these statues that people meditate. Everyone can visit these chongs with no bans. 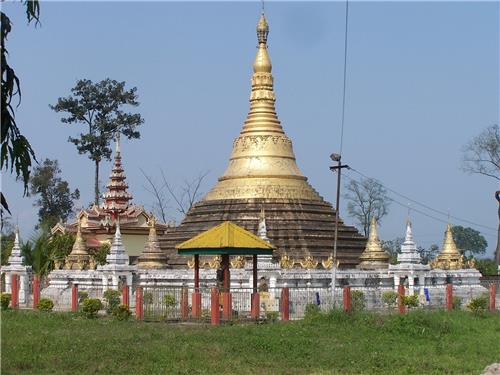 On visiting Namsai, the chongs are must visit places around the town.


Services and Utilities in Namsai

The electricity services in Namsai are provided by the Department of Power, Arunachal Pradesh, headquartered in Itanagar and supervises the electrical services throughout the state. The postal services are headed by the Indian Postal Services and there is the State Bank of India and United Bank in Namsai providing banking facilities:

Namsai, a town in Arunachal Pradesh is easy commutable and hence one needs to face no hassles to travel there.

By Road
The town of Diyun is located at a distance of 30 kms from Namsai. One can get buses and other vehicles from neighboring places to Namsai.

By Air:
The Mohanbari Airport in Dibrugarh is located just around 110 kms. away from Namsai, hence just 2 hrs. and 30 mins. away.

By Rail:
The nearest railway station to the town of Namsai is the Tinsukia Railway Station which is just 72 kms. away from the town.

Comments / Discussion Board - About Namsai